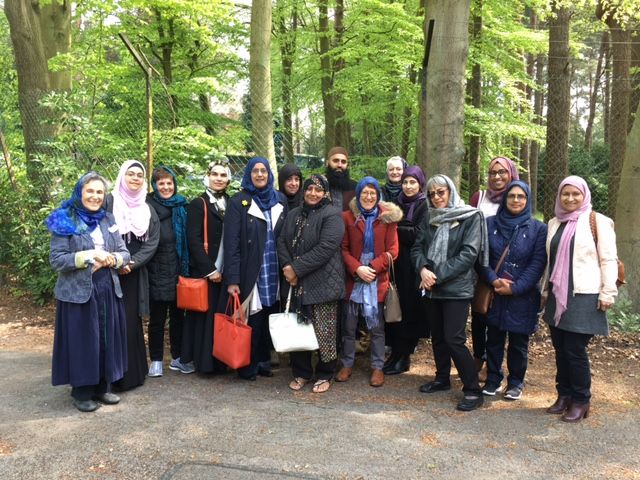 A group of 7 Jewish ladies and 10 Muslim ladies met at the Shah Jahan Mosque in Woking on a crisp Sunday morning. We were welcomed by Brother Mohammad, the mosque’s manager, who showed us the original 128-year-old mosque, the first purpose-built one in the UK. The founder was Gottlieb Leitner, a Hungarian Jew who was educated in Turkey and who could speak 50 languages! His vision was to build an orientalist centre of learning comprising a temple, mosque, synagogue and church; however, he died before this could be realised. The interior of the mosque, designed by a Christian architect, W I Chambers, was beautifully decorated, with both Turkish and Mughal influences. Following the introduction of the history of the mosque, we were also given an overview of the pillars of Islam and the opportunity to ask questions. We then visited the prayer buildings, which can accommodate up to 1,000 worshippers, and encountered the Sunday school for children learning Arabic and reading Qur’an. 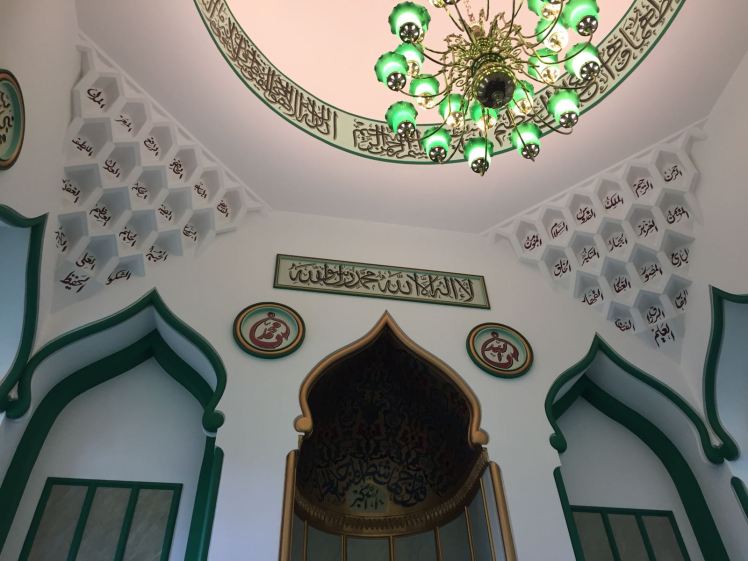 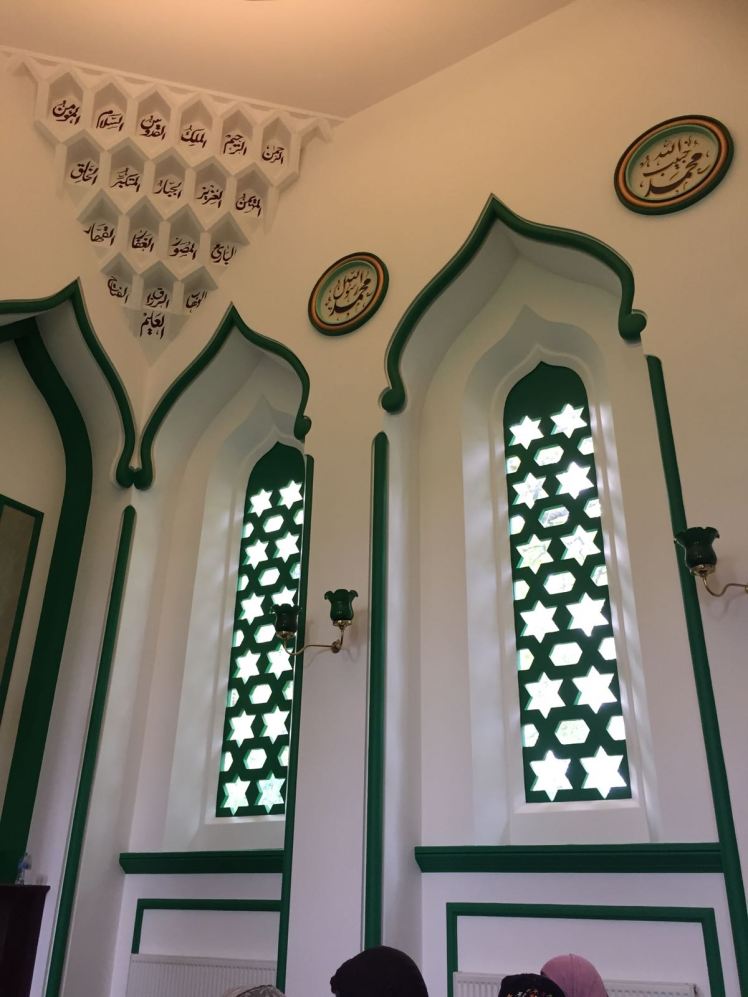 After a quick break for some much-needed refreshments, we drove the short distance to Brookwood Cemetery, which is the largest in Europe. The cemetery has different sections for Muslim, Jewish, Christian and Zoroastrian graves. We were able to see the graves of some very prominent people involved in early Islam in Britain, such as Abdullah Quilliam and Marmaduke Pickthall, as well as Abdullah Yusuf Ali and Gai Eaton.

Finally, a group of us visited the Peace Garden, a short drive from the Shah Jahan mosque. This was a special garden, opened in 2015, in memory of the 4 million Muslim men who were killed fighting for the British during both World Wars. 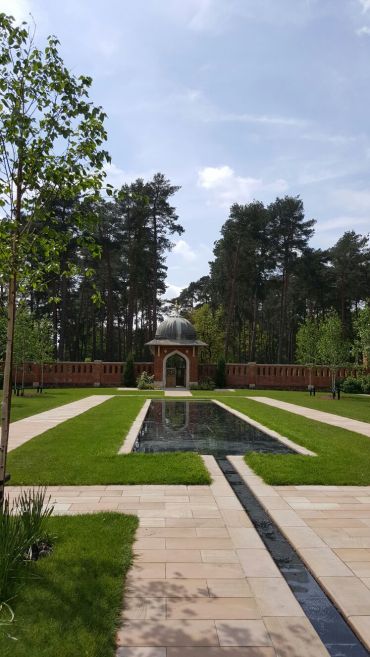 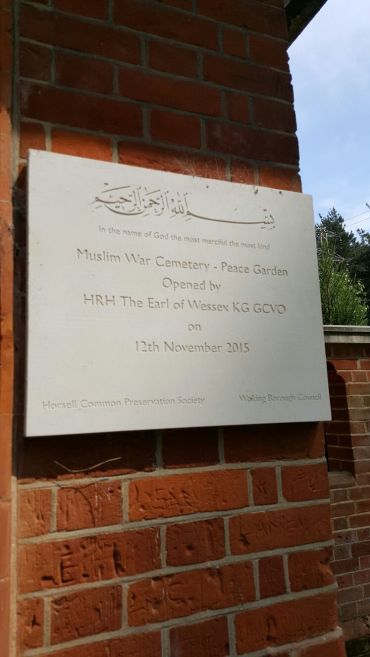 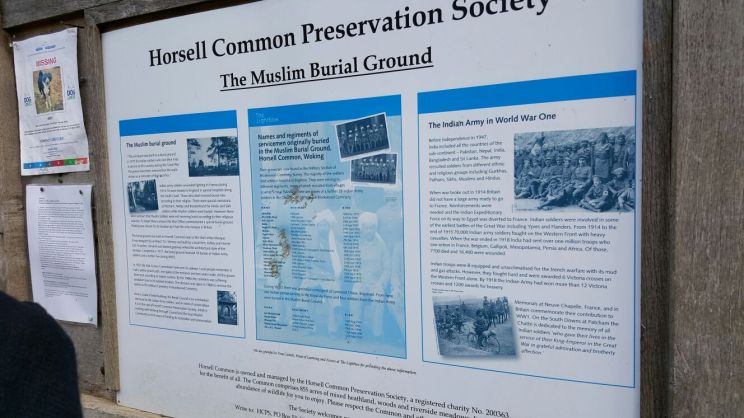 We all felt it was a truly positive and enjoyable experience. There was a wealth of hidden history especially regarding the vast scale of Muslim casualties during the wars and it was inspirational to learn about the work of early British Muslims